Today I attended an event at the American Airlines Arena to Honor Dwyane Wade for helping the Redeem Team capture the gold medal at the 2008 Summer Olympics. Before I rushed out of the house, I thought about taking my Canon Digital Camera with its telephoto lens, but usually I get stopped at Pro Sporting events -- they won't let you take a camera in with a removable lens or one with a telephoto lens over a certain size. There have been times during the "heated dicussion" with the arena staff that I have just walked off with my camera in hand ignoring them.

So today, I left the camera at home and took these shots with my iPhone. Not too bad, but not to great either. I need to find a smaller digital camera in 2009. I went to borrow my W's but it was in her purse where it should be. 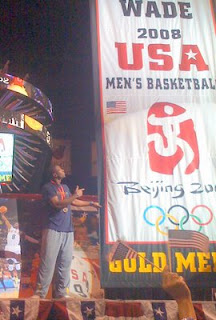 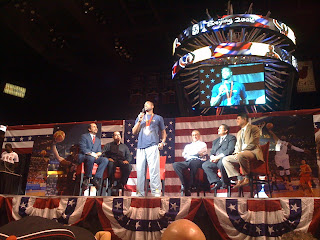 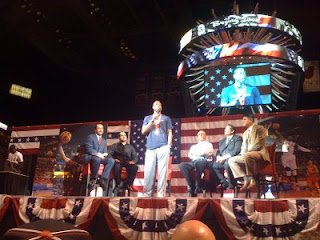